Hello! Tracy here visiting from Made From Pinterest and I’m excited to be back with an incredible recipe for Chicken Chowder. First, I’d like to introduce you to my 23 year old son (attending college) before we start talking about this yummy Chicken Chowder. 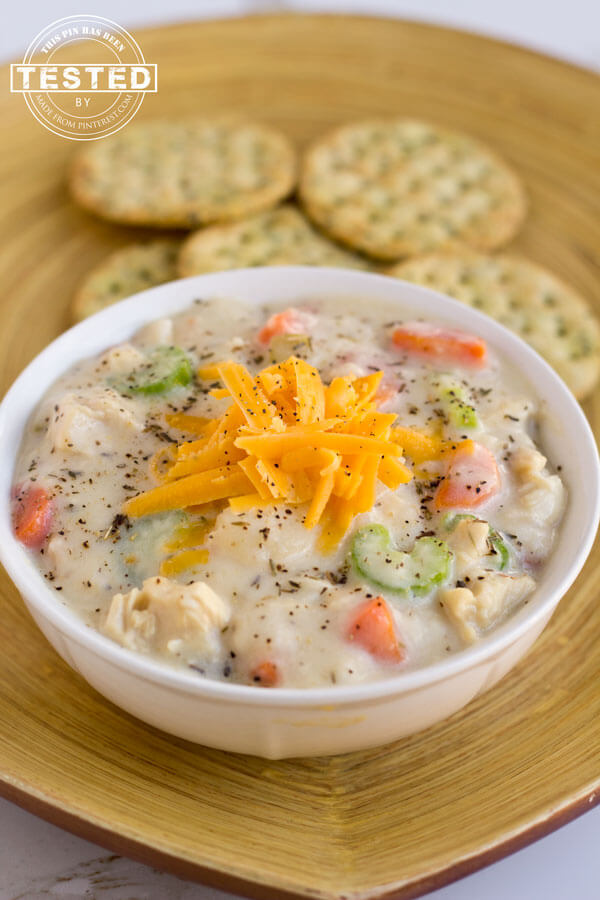 I could write a detailed description telling you all about him, instead I’m going to share this post from his Facebook page that went up yesterday.

“Hey all. If you know a girl who drives a silver or tan 2 door Honda Civic, tag her on this status!

To the girl at the red light: I was riding my scooter. You were dead set on looking straight ahead and not over at me. I sang to you for a solid fifteen seconds at the top of my lungs until the light turned green. I know you thought it was funny because you were laughing hysterically at me, while trying to keep a straight face and pretend I wasn’t there. Don’t worry, the girl on the back of my scooter was my sister. When you get this, I would like to take you out… on my scooter.” 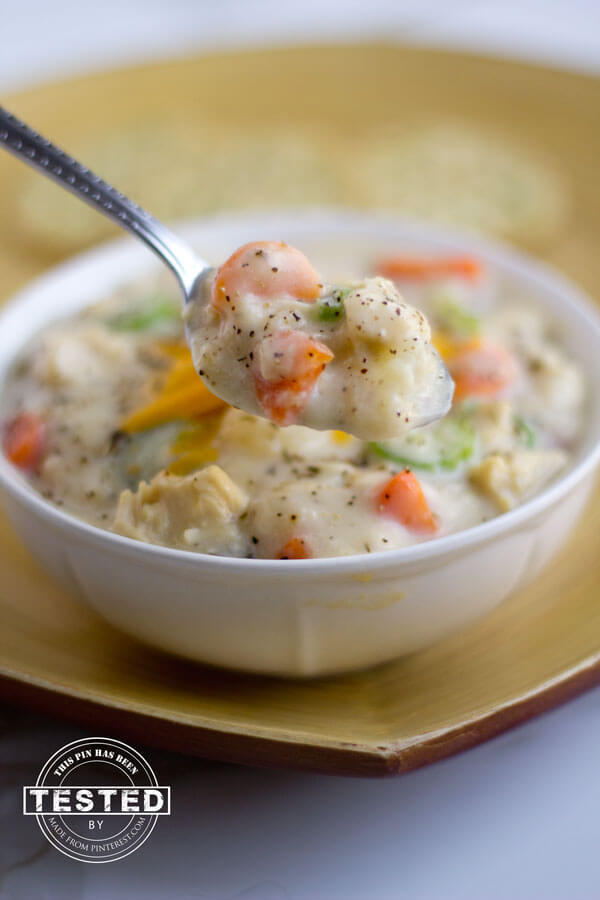 It takes no stretch of the imagination to picture my son singing at the top of his lungs with my daughter sitting behind him laughing at the top of her lungs. This picture clearly shows their sense of humor started at a very early age!

As far as I know the girl who was driving the Honda Civic has not responded to my son’s post. I hope she does because it would make for a great first date story, and in my unbiased opinion she would be one lucky girl to go out with my awesome son 🙂

I’m passing this Chicken Chowder recipe on to him with the explanation that women love a man who can cook! Between his singing and my Chicken Chowder he should have no problem getting a second date with the girl who drives Honda Civic, or any other girl!