A traditional Dutch apple pie is a great first pie to try to make….because there’s not an additional pie crust to roll out and try to get on top without it falling apart. Honestly, I actually prefer Dutch apple pie to regular because it’s like an apple crisp inside a pie shell. Heavenly!

Difference Between a Dutch Apple and an Apple Pie

Just looking at the pie will give you the biggest difference, the crumb topping. A traditional Dutch apple pie can also be found to have cream added to the pie filling, but not all of them, including this one.

One of the benefits of a Dutch apple vs traditional is that you won’t end up with that big space under your top crust as the apples cook down in the oven. The crumb topping just settles right on down with the apples 🙂

If you’ve never made an apple pie before, please try this one first because not only do I think it is better than traditional, it is much easier to master your first time around.

What Type of Crust to Use in a Dutch Apple Pie

There is nothing special about a crust for a Dutch apple pie. You can use a store-bought one, or try my fabulously flaky homemade pie crust recipe. Don’t let anyone guilt you into thinking that your crust has to be homemade to make this amazing pie taste great.

Are You Part of the Squad?

Are you part of our private Facebook group that is all about working together as a family to get dinner on the table every night? Tons of resources, ideas, and support can be found every day. Come join the Squad for free! 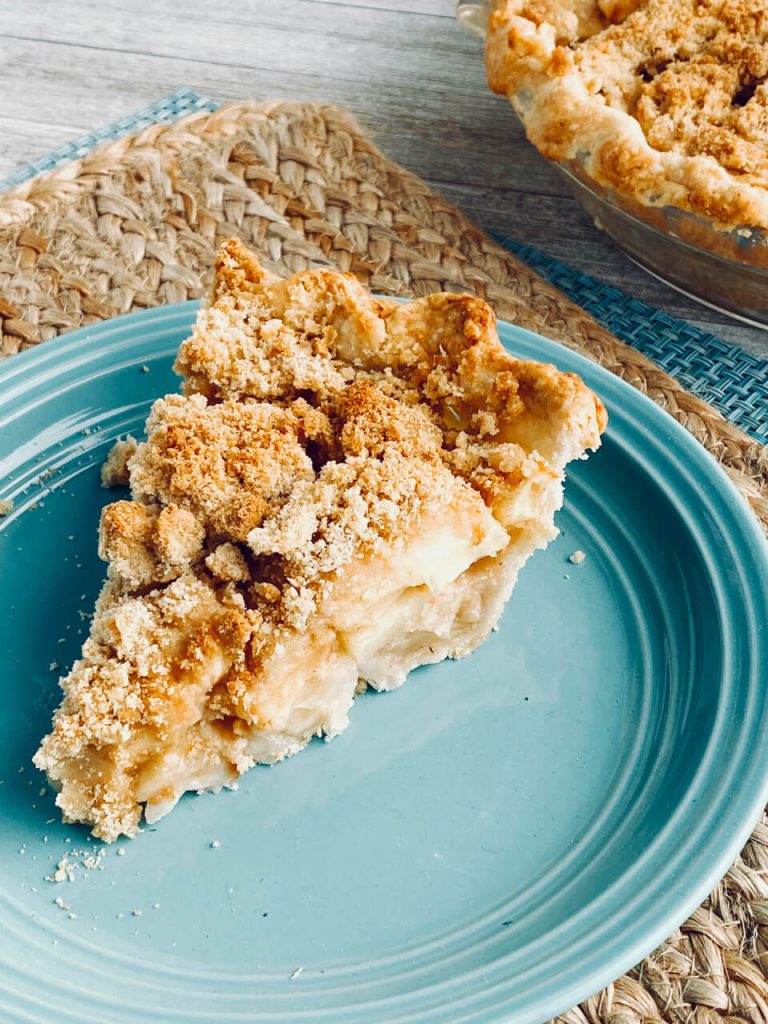 For the crumb topping: