Jump to Recipe·Print Recipe
We are excited to have Tracy from Made From Pinterest guest posting for us today!  After you check out this amazing post, be sure to head over to their site and see more.
My husband’s parents immigrated from Holland in their early 20’s and married here in the states.  I remember asking my husband when we were dating if his parents had dutch accents.  His response was “No, not really.”  I laughed inside the first time I met them because they both had very thick dutch accents.  He was so used to their accents he didn’t realize how thick they were.  It has been a great experience over the years learning about our dutch heritage. 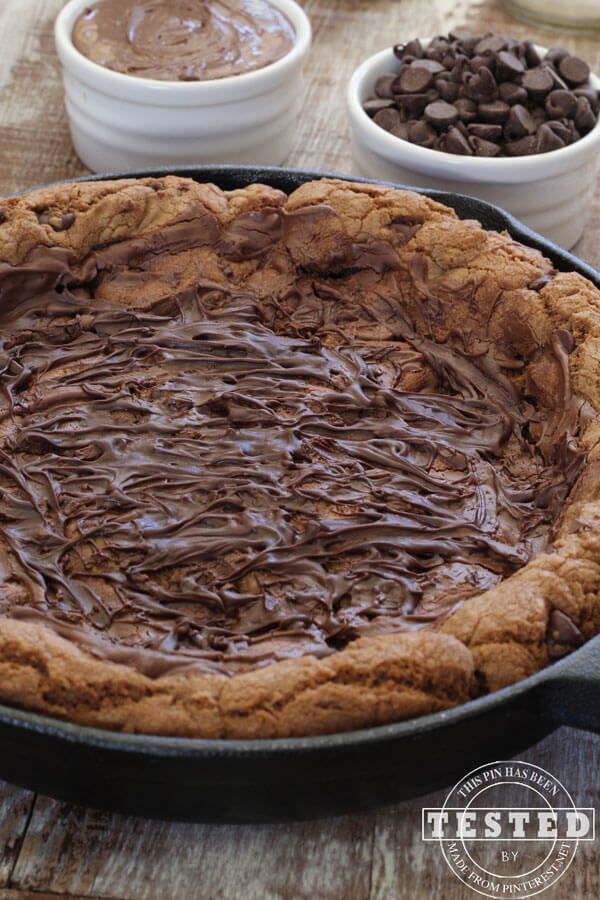 Roger’s mother was raised in a family of 11.  Yes, 11 siblings and they all lived in an apartment over the bakery their father ran in Den Haag.  One tradition Roger’s mom continued here in the states was cooking with cast iron skillets, something I don’t use because my mother never used them. 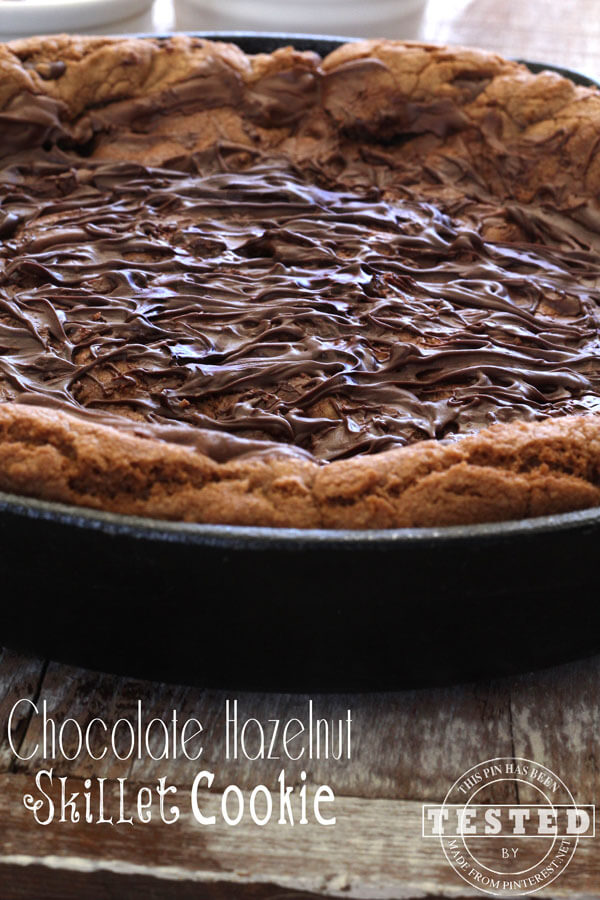 However, guess what I have seen a lot of lately on Pinterest? Cast iron skillets with a variety of incredible foods cooked in them.  I decided to take the plunge and try cooking in a skillet with this “to die for” Chocolate Hazelnut Skillet Cookie recipe from Shelly Jaronsky at Cookies & Cups.  If you need a decadent dessert, her blog is the place to go! I think I gained 5 pounds just looking at her recipes! 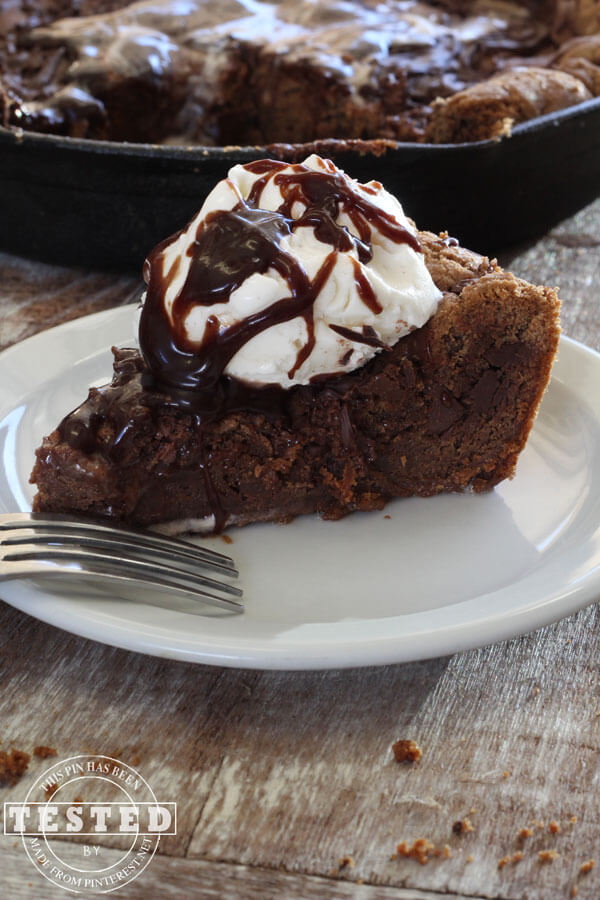 My cast iron skillet cookie turned out like something you would expect to get from a professional bakery.  The edges turned out nice and crispy, the middle was warm and chewy and adding the ice cream with some Nutella on top put me in chocolate heaven!  Next time I serve this to my family I think we will skip the plates, I’m going to give everyone a spoon and let them go at it!  This Pin Totally Rocks!
Print