So last week,  I shared the first of our four food stations at the wedding which was the “Our Favorite Junk Food” bar.  This week is our Panini Bar, which was hands down, the most popular food station of the night. 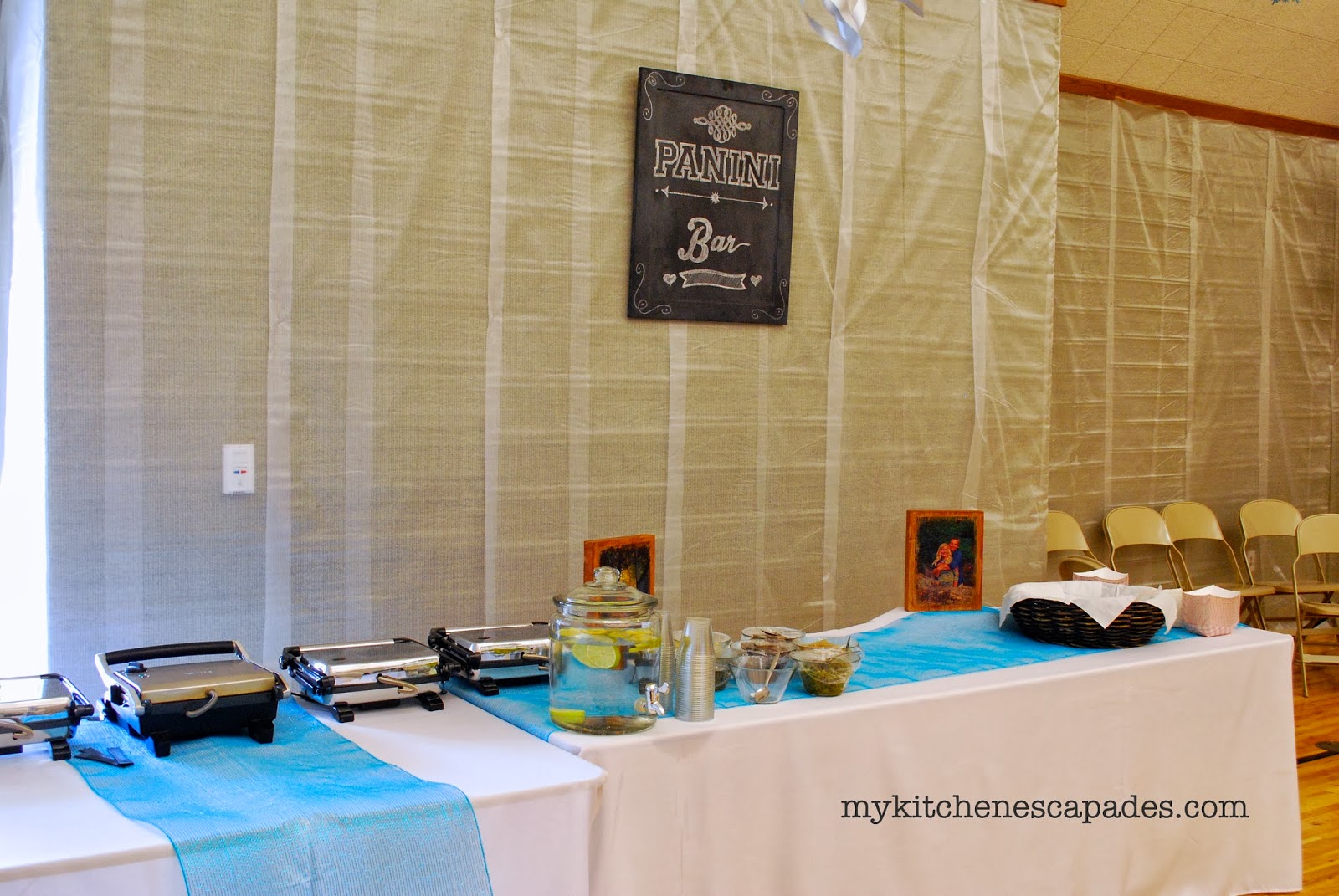 We had four different panini presses working hard that night and they seemed to fill the need fairly well.   My cousin had one that I borrowed, then I bought the other three from Amazon at a really great price.  Each press could easily hold 2-3 sandwiches each, so the line moved fairly fast.  My only caution to you is to be sure you have your electricity load planned properly if you are running this many small appliances at once.  We thought we had it all worked out according to the electrical drawings for the building, but of course, the drawings were wrong and we lost power to the presses for about 15 minutes right at the beginning.  Thanks to some great friends, they got it up and running again using different plugs in the building and appliance grade extension cords.  Disaster averted!

Our food plan was for 150 people and we came pretty close to that number.  We planned on a sandwich and a half per person since there were other food stations as well around the room.  We did have leftovers but I will always pick having too much food than not having enough.  We froze the leftovers.  Here is a breakdown of the supplies for the Panini Station bar: 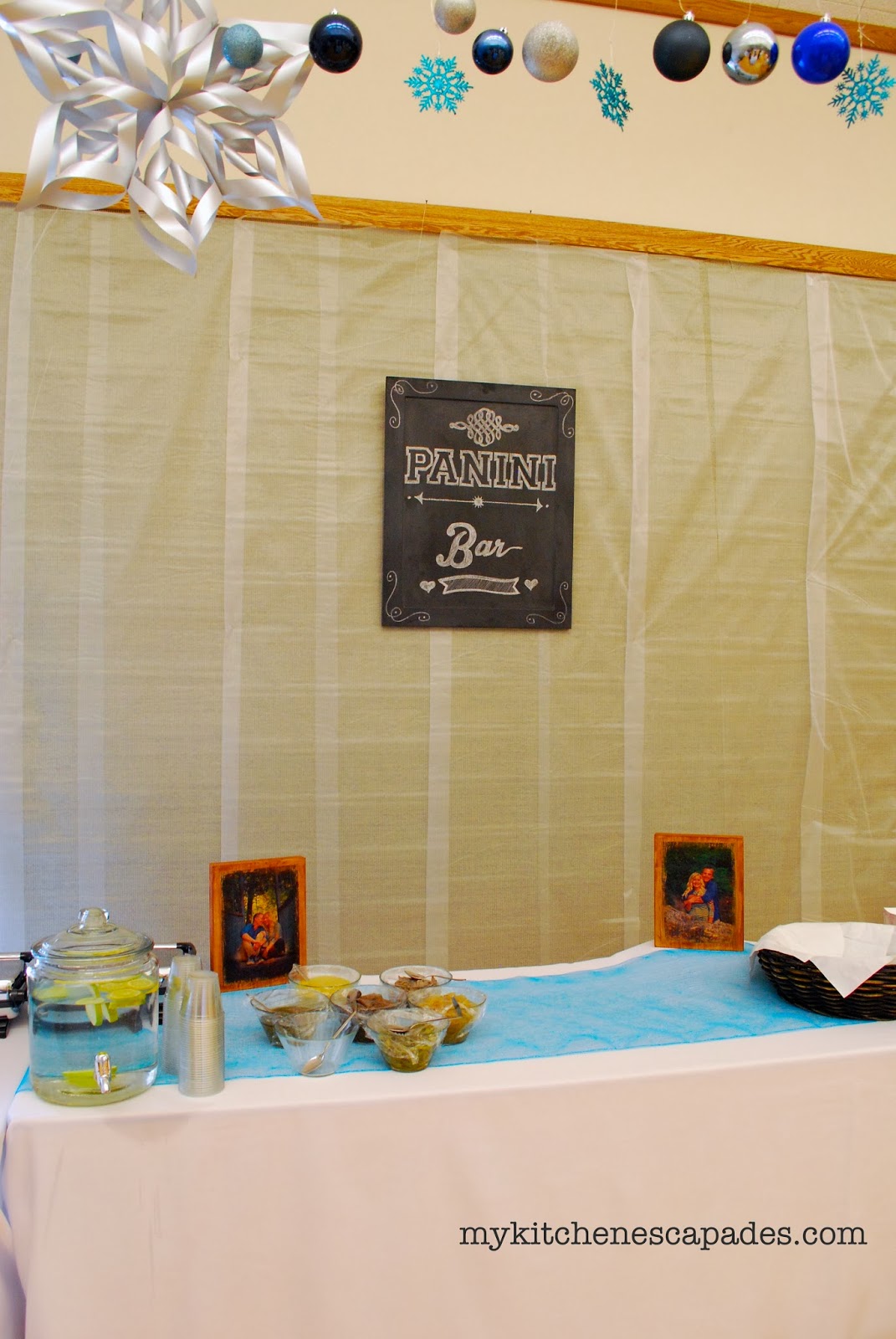 I wish I had a picture of the bar once all the food was out, but with all the craziness, it never happened.  The small bowls on the table held all the topping options and had little toothpick signs stuck in each of them so guests would know what each topping bowl contained.  Especially once the lighting was in place and it was much darker in the room!

We kept one tray of all the meats and cheeses on the table, then kept one on deck in the kitchen.  Once the tray on the table started to get low on any of the meats or cheeses, we would switch out the whole thing with a fresh one then restock the old one in the kitchen for later.

I had three amazing volunteers who ran that station the whole night, plus another who kept filling the meat and cheese trays.  They pressed more sandwiches than I’m sure they ever thought possible.  I would have never survived the evening if it wasn’t for all my volunteers.  I will have a post in the weeks to come about planning for your needed volunteers, and trust me when I say you will need more than you can imagine!