Jump to Recipe·Print Recipe
I’m excited to have Made From Pinterest back with us this month for another outstanding guest post!

Merry Christmas to My Kitchen Escapades Readers! Christmas is in full swing over in our house. Preparations are being made to have everyone home for the holidays which, for me includes menu planning and one of our favorite meals is breakfast!

When I was a young wife, there were three things that no matter how hard I tried, I could not make. One was fried chicken. Constant fail. The second was brownies. Don’t ask (I mean how hard could they be?) but they always turned out like hockey pucks. I have since mastered this goodie and now I have serious brownie skills! And the third was cinnamon rolls. Another hockey puck experience. Rock hard. Well, no longer do I make hockey puck cinnamon rolls after getting this recipe for Epic Cinnamon Rolls. 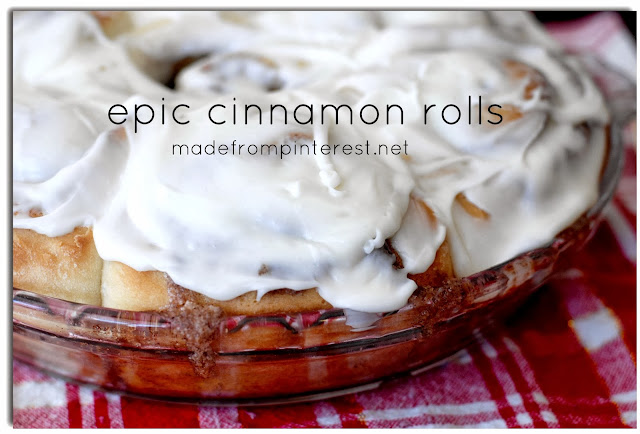 I got this recipe many years ago from Carole’s cousin and I don’t think she knows it. See, my sister’s husband is Carole’s first cousin and I got this recipe from Shelly, who is my brother-in-law’s sister which would also make her Carole’s cousin. Confused yet? Well, it’s okay to be confused about the family relations, but don’t be confused about the goodness of this recipe! Just imagine cinnamon wafting through your kitchen on Christmas morning then diving into the ooey, gooey, doughy yumminess of this cinnamon roll. Mmmm….that’s a great gift right there! 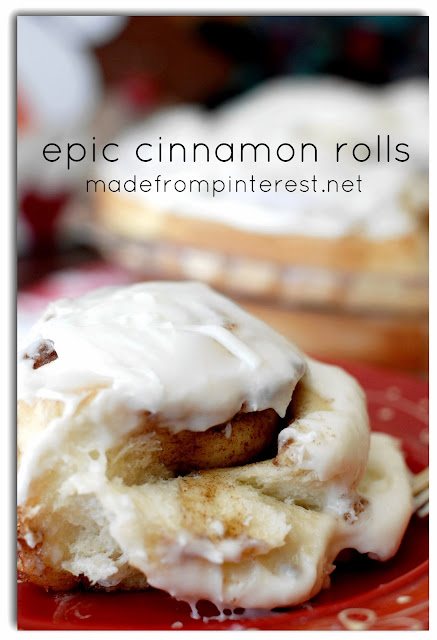 Even if you don’t have time to serve these Epic Cinnamon Rolls on Christmas morning, save the recipe for later. You won’t want to miss this one! The only way that these rolls resemble a hockey puck is that they score!!

3.2.2158
We at MadeFromPinterest hope that you have a wonderful holiday full of family and friends!